Setting the Record Straight on Vaccines

Setting the Record Straight on Vaccines

Alarmist headlines and outspoken celebrities may have you questioning if you or your children should get vaccinated. You may be wondering, “Are vaccines safe? Do my kids really need them?” 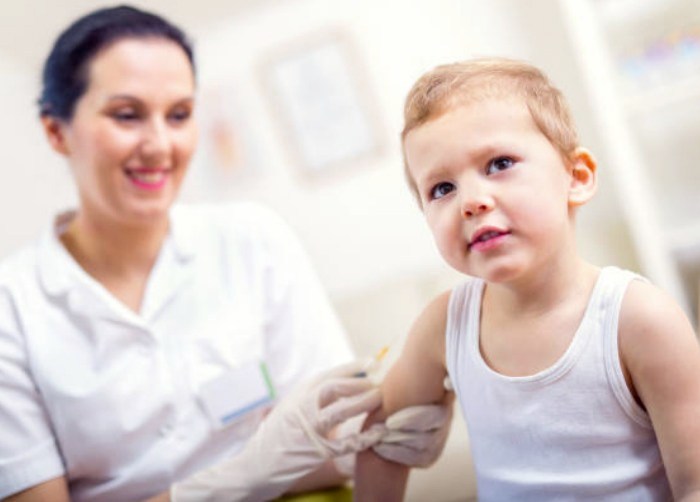 I will cut right to the chase and tell you, YES. A resounding yes.

Vaccines are the single best way to prevent many dangerous – sometimes disabling, and even deadly – illnesses and diseases. In fact, vaccines save 2 million to 3 million lives every year, according to the World Health Organization. And thanks to what is known as “herd immunity,” vaccines protect us and those around us who may not be able to get vaccinated. Those include vulnerable people, like infants, cancer patients, pregnant women and the elderly.

If we stop vaccinating, diseases will return

Herd immunity only works if the majority of people are immunized. Unfortunately, there has been a resurgence of some preventable diseases due to falling vaccination rates.

In 2010, California saw 9,120 cases of whooping cough – more than any year since the whooping cough vaccine was introduced in the 1940s. Ten infants, who were too young to be vaccinated, died during the outbreak.

From January 1 to April 26, 2019, the Centers for Disease Control and Prevention (CDC) said there were 704 total cases of the measles reported in the United States. This is the largest number of cases since 1994, but the significance is greater than that. The U.S. declared that measles were eliminated from our country in 2000 due to the extremely effective vaccine. Of the 704 cases mentioned, 503 (71%) were in people who had not received the measles vaccine. As of June 3, 2019, The New York Times reported that there were 981 individual measles cases so far this year in the U.S., spread over 26 states.

The CDC warns: “If we take away the protection given by vaccination, soon we will undo the progress we have made over the years. Diseases that are almost unknown would stage a comeback and before long we would see epidemics of diseases that are nearly under control today.”

‘But I heard vaccines cause autism’

Study after study has found no evidence that vaccines cause autism. This rumor started nearly 10 years ago after a single, flawed study was released. The research was quickly disproven, and the physician who published it lost his medical license over the fraudulent claims.

Vaccines are rigorously tested before they’re released and are regularly reexamined and monitored once in use. It is far more likely to be seriously injured by a vaccine-preventable disease than by a vaccine.
Make sure you and your family are protected. And remember, most vaccines are free with your health plan.* Find out which shots you need and when to get them:

*“Free” preventive care means that you will not have a copay or have to pay money toward your deductible or coinsurance for the services. Sometimes a preventive care visit leads to other medical care or tests, even at the same appointment. You should check with your doctor or doctor’s staff during your visit to see if there are services you may be billed for.

Dr. Wayne Rawlins, vice president and chief medical officer at WellSpark Health, is a former member of the National Vaccine Advisory Committee, where he worked with the U.S. Department of Health and Human Services to advise and make recommendations on national vaccine policy. WellSpark Health and ConnectiCare are part of the EmblemHealth family of companies.

How To Manage Your Asthma: The Action Plan You May Need
Stress and Your Body
Stay Social – It May Help You Live Longer
Doing for Others Does You Good
A Doctor’s Guide to Choosing Allergy Medicine Wisely
See All Blog Articles